The mathematics functions can be divided into these categories:

Where the most interesting category is the Rational Functions, of which a rational function is a ratio of two polynomials:

where P and Q are polynomials. The domain consists of all values of x such that

The interesting thing about the Rational Functions is that the graphs of some of them look like a human face! mostly the sad face.

is a rational function with domain

. Its graph is shown as below. 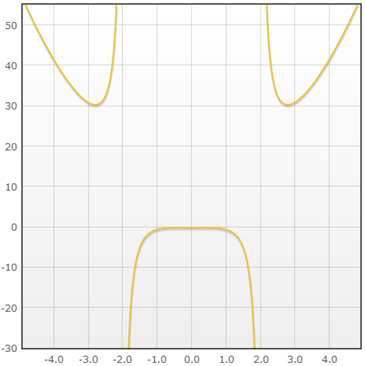 What is more, the graph of the below function 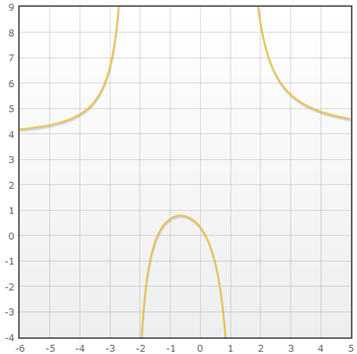